“Just The Facts Ma’am” Exposing Leaving Neverland, One FACT At A Time

Posted on February 6, 2019 by MJJJusticeProject

Leaving Neverland Documentary Exposed — One FACT At A Time

MJJJP would  like to acknowledge that the research for the Tweet Thread  below by @VP_Advocate are based on the extensive research of  @JuliaBerkowitz1  and in-depth details, links to court documents, testimony, media links etc .can be perused on MJAllegations Blog-

With permission we’re posting the tweets here so that they are keep in a static place for reference. We thank them both for their dedication and advocacy to finding FACTS and exposing the lies in the Leaving Neverland documentary. 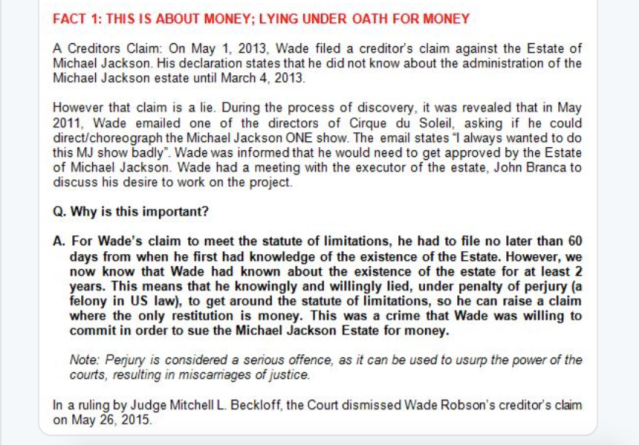 An interview of Wade in July 2011, discussing his role in the Cirque du Soleil Michael Jackson ONE show. He was later turned down for the role because the Estate of Michael Jackson wanted to hire Jamie King instead. This must have been embarrassing. 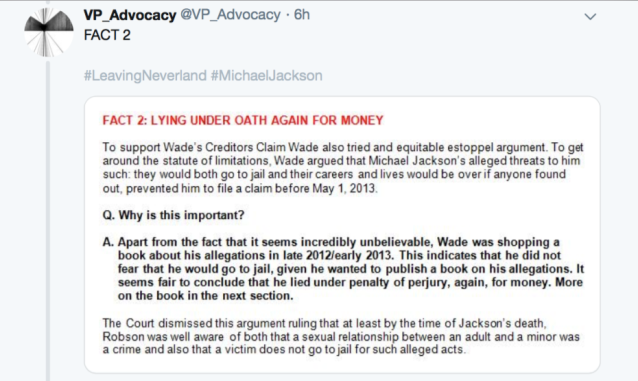 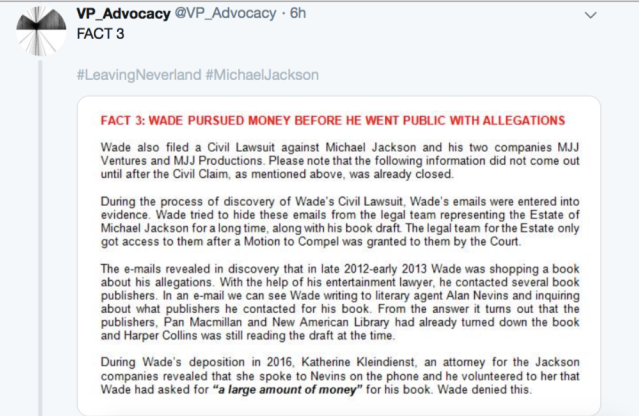 Here is an interview of Wade in August 1993 before he was subpoenaed, and therefore, by his own admission, before he was ‘coached’. 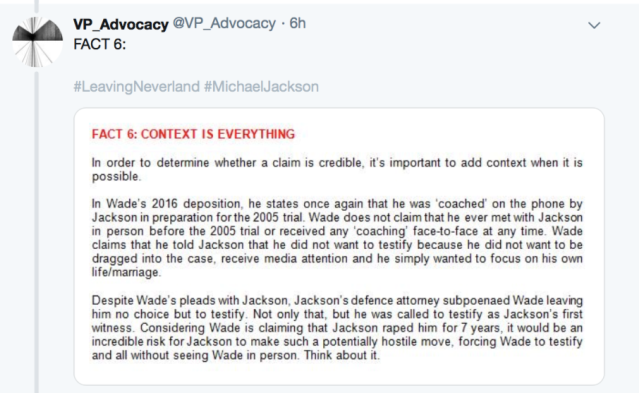 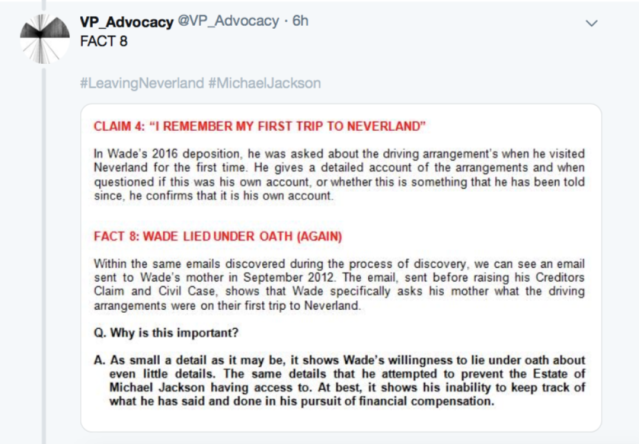 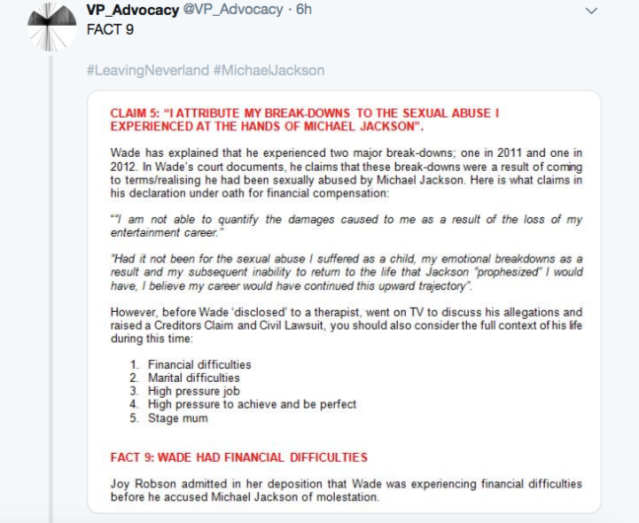 For more in depth information, please view the most comprehensive research on the Wade allegations I have ever seen. Link https://themichaeljacksonallegations.com

A Rebuttal Video has also been created –

7 Responses to “Just The Facts Ma’am” Exposing Leaving Neverland, One FACT At A Time